When Pride Skips A Generation 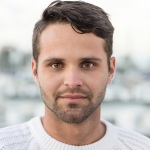 Patrick is a 2016 graduate of the School of Cinematic Arts at USC. He also holds a M.S. in Entrepreneurship & Innovation from the Marshall School of Business. In his spare time, Patrick plays the trumpet and mellophone and is a proud alum of the Spirit of Troy Trojan Marching Band.